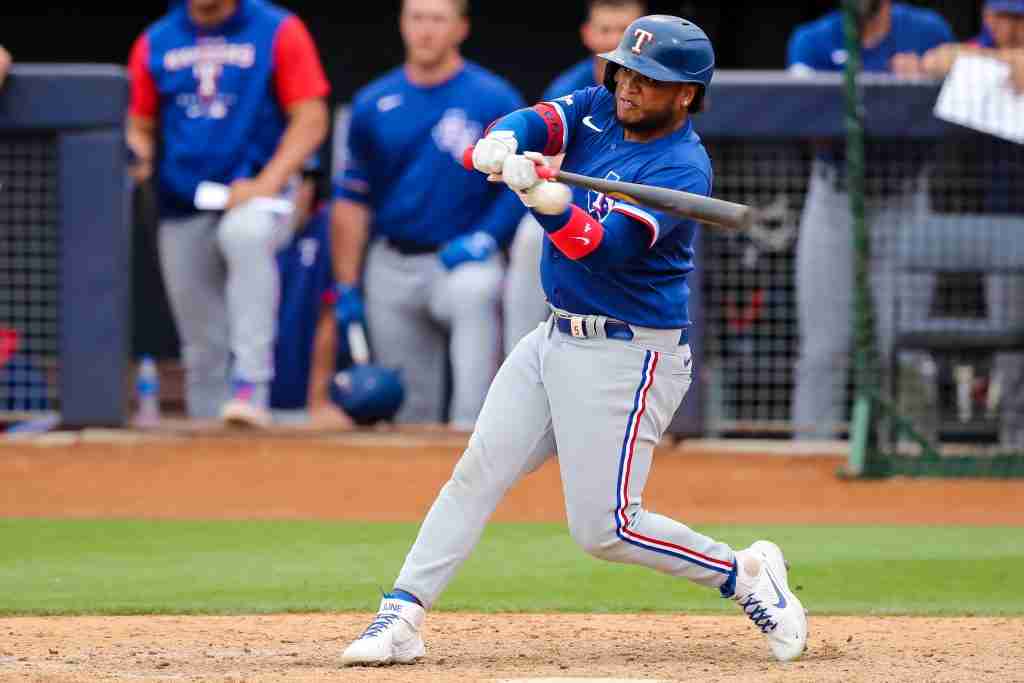 Willie Calhoun was informed Monday that he has made the Opening Day roster (Texas Rangers/Ben Ludeman).

SURPRISE, Ariz. — Take a snapshot of the lineup the Texas Rangers used Monday during their Cactus League. It could be the one they use Friday in the season opener at Toronto.

Yes, Willie Calhoun will be on the Opening Day roster. Manager Chris Woodward informed him of that Monday morning.

While it was presumed all along, Calhoun hasn’t torn the cover off the ball this spring. Another left-handed hitter, Joe McCarthy has. Eli White has been better than Calhoun, too.

But those two outfielders, along with Jake Marisnick, are still waiting to learn if they will be on the roster. One of them will. Two of them might if the Rangers don’t take a 10th reliever/15th pitcher.

Calhoun hasn’t earned his spot with his numbers.