Changes were coming to the Rangers’ coaching staff, and two came down Thursday on the first day of the offseason.

Co-pitching coaches Doug Mathis and Brendan Sagara won’t be back in 2023, though Sagara has been offered a position elsewhere in the organization. Neither move should come as a surprise as the pitching staff didn’t move forward as a whole, though there were strides made with some individual pitchers.

Another reason? General manager Chris Young was a big-league pitcher, a successful one, and he likely has an idea of what he wants from a pitching coach. He might even know who he wants.

If not, Young should shoot for the moon and try to land one of the best in the game. Beauty is in the eye of the beholder, but Matt Blake of the Yankees is highly regarded and in the final year of his contract. The same goes for Mike Maddux in St. Louis, and he still lives in the Metroplex after the Rangers foolishly let him go after the 2015 season.

Josh Johnson, who came from Triple A Round Rock to coach first base after third-base coach Tony Beasley was named interim manager and first-base coach Corey Ragsdale replaced him, will return to an on-field role in the minors next season.

Everyone else was invited back with roles to be determined after the managerial search ends.

Young will recap the 2022 campaign this afternoon at the annual end-of-season press conference.

The new playoff format rolls out today with the wild-card round in which the higher seeds host every game of their best-of-3 series.

The top two seeds in each league earned a bye. The division winner with the third-best record, in this case Cleveland from the American League Central and St. Louis from the National League Central, play the third wild-card team (Tampa Bay and Philadelphia).

The top two wild-card teams play in the other series — Seattle at Toronto and San Diego at New York.

Give me: Cleveland, Toronto, St. Louis and San Diego.

The four division series begin Tuesday. Houston and New York at the top two seeds in the AL, and Los Angeles and Atlanta are 1-2 in the NL.

With the next Do It For Durrett Foundation event only a week away, next Friday at Four Corners Brewery in Dallas, donations for the silent auction have been rolling into the house for a few weeks. The biggest shipment arrived Wednesday from Atlanta.

Braves third-base coach Ron Washington, who was Rangers manager when Richard Durrett passed away suddenly in 2014, continues to be a huge source of our auction items. This year he sent 21 autographed baseballs of players from around the game and autographed bats of Bryce Harper and Nelson Cruz.

Washington’s rookie card has already been featured as a Card of the Week. But this one hasn’t. 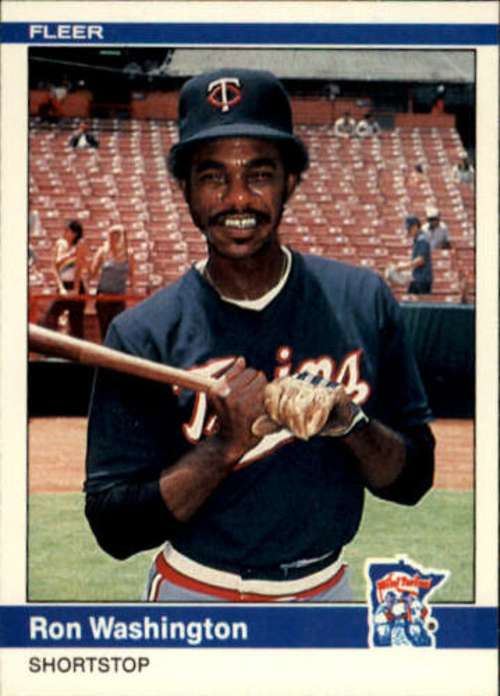 Washington could be a manager next season, with his name linked to multiple managerial openings. The Rangers are one of them.

Some fans have reached out saying they hope Washington isn’t named manager because of the way they feel the ninth inning of Game 6 of the 2011 World Series was mismanaged.

Oh, and that Derek Holland should have started Game 7 — even though he pitched two innings late in Game 6.

One theory out there is hat he hasn’t embraced analytics and isn’t a fit. Have any of you talked analytics with him? I have, and he has an appreciation for the value data can add to a team.

Others say the Rangers won in spite of Washington. Well, he won more games than any other Rangers manager. He did a lot right.

Are the Rangers even going to interview him? That’s to be determined. But they could do a lot worse.

It’s the offseason. You pick it up. Enjoy. See you Monday.