The Rangers are 10 games away from the All-Star break, and all 10 of them are at Globe Life Field.

Coming to down to enjoy the air conditioning are the Twins, A’s and Mariners, with the Twins up first beginning tonight.

Minnesota is good, which might not be good for a Rangers team that has lost four in a row.

Then again, the Rangers seem to play better against better teams.

There will be entertainment on the field, and as soon as fans walk through the gates.

1990s Alumni Weekend: The Rangers have been commemorating their 50th year in Arlington by recognizing each decade, and they revisit the 1990s tonight and Saturday. The Rangers won their first three American League West titles in 1996, 1998 and 1999.

Giveaways: One of the best giveaways of the season will be handed out tonight, as the first 15,000 fans will receive the Mt. Crushmore Statue. It features the Rangers’ four all-time leading home-run leaders — Juan Gonzalez, Rafael Palmeiro, Ivan Rodriguez and Adrian Beltre.

The first 15,000 fans Saturday will receive a Corey Seager bobblehead,

On Sunday, the first 15,000 fans will score a pack of 1990s 50th anniversary baseball cards. Each pack contains 10 cards, including Rodriguez, Gonzalez and Rusty Greer.

Wiffle ball: Kids 12 and younger have a new place to play at Globe Life Field beginning tonight. The Rangers unveiled Oatley Park, a wiffle-ball video that will open 30 minutes before first pitch of every home game.

It’s free, and each kid gets five swings. The ballpark can be found in the upper-level center-field concourse above the Grand Slam team store. The outfield dimension: 59 feet to center field, 51 feet down the right-field line and 49 feet down the left-field line.

Jack Leiter was named to the American League team for the July 16 Futures Game at Dodgers Stadium, and he was the only Rangers minor-leaguer on the roster.

However, he isn’t the only Rangers representative.

Leiter will be joined by a third baseman with a bright, bright future … Beltre. The future Hall of Famer will serve as hitting coach for the AL team.

Beltre lives in the Los Angeles area, not terribly far from the ballpark. He said in late May at Angel Stadium that he enjoys passing along what he has learned to young players.

The Rangers want him to become a special assistant to general manager Chris Young, who has a team of them already.

Mistakes happen, including with baseball cards.

It has happened quite a bit throughout decades.

And it has happened again, this time to Rangers right-hander Glenn Otto. 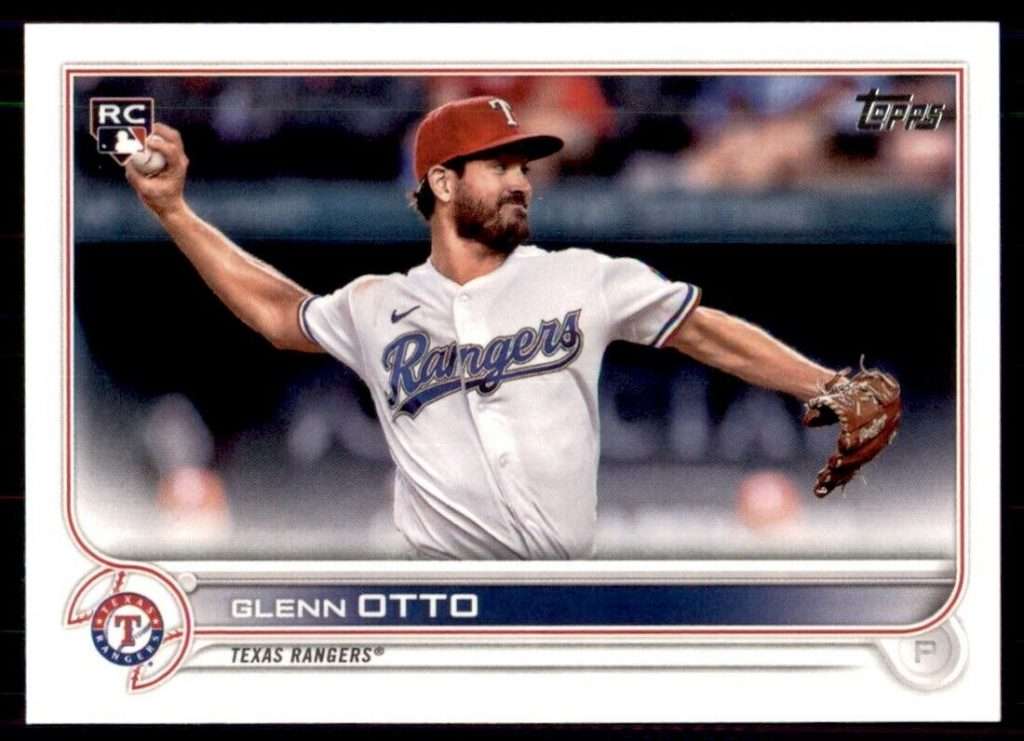 It’s Drew Anderson, who pitched for the Rangers late last season and is now in Japan. Thanks to research from loyal subscriber Mike Wang, Anderson was identified as Glenn Otto in a Getty Images photo. The fine people at Topps didn’t pick up on it until it was too late.

The good news, I guess, is that Series 1 includes a Otto Baseball Stars autograph card.

I’ll have to pick up both, and the correction if it’s ever issued.

For those of you traveling this weekend, get comfy and enjoy the ride. Enjoy See you Monday.

Previous Article
Thursday newsletter time: Another one-run loss, one lousy series for Rangers
Next Article
Friday on the Farm: J.P. Martinez might be off schedule, but the MLB goal remains the same

Friday on the Farm: J.P. Martinez might be off schedule, but the MLB goal remains the same
Jeff Wilson July 8, 2022