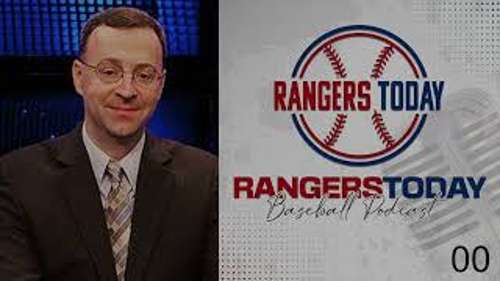 FORT WORTH — John Moore and I think we know a lot about Rangers prospects.

Jim Callis of MLB Pipeline does know a lot about Rangers prospects.

He knows the names, he knows backstories, he’s heard stuff from talking to scouts around the game, and he does the same thing for nine other teams in his coverage of the minor leagues for MLB Pipeline. He’s been doing it for decades.

He joined the Texas Rangers Baseball Podcast last week to break down his top-30 list of Rangers prospects, and he said without reservation that he believes the Rangers have the best top 10 in baseball.

Josh Jung is the Rangers’ No. 1 prospect and has a chance to be a superstar, Callis said. He’s holding his breath on Kumar Rocker, the Rangers’ first-round draft pick (third overall) in July. Rocker will pitch in the Arizona Fall League.

Callis admits that he was unaware of a Tennessee prep outfielder named Evan Carter when the Rangers selected him in the second round of the 2020 draft. Callis said the Rangers’ draft, which also included taking prep right-hander Brock Porter in the fourth round, has a chance to be a coup.

To listen to Episode 52, click on the Anchor embed above or on one of the following links to popular podcast platforms:

Previous Article
The Sunday Read: Mathias newest member of quality position players vying for few 2023 openings
Next Article
Monday newsletter time: Rangers down to final 16 games, not that anyone is counting

Monday newsletter time: Rangers down to final 16 games, not that anyone is counting
Jeff Wilson September 19, 2022